The Club’s history, written by our Club Historian Rick Parsons

Captain Cook sailed past in 1770, named Cape Three Points and recorded the presence of Aboriginal people in the area who were thought to be the Nora people, part of the Darkinjung Tribe.

The earliest settlers in the 1820s were not very successful until John Davis built his timber mill and blacksmithing shop in 1870. A wooden tramway up from the lake (now known as Tramway Rd) allowed bullocks to drag timber including cedar, coachwood, turpentine, blackbutt and iron barks. From the Haven they would be transported to Sydney and overseas.

The CBA bank in 1900 began to subdivide the former Davis landholdings throughout the area and was not very well planned, as is obvious to this day.

Terrigal went ahead but North Avoca remained the preserve of Aborigines, fishermen and adventurous children.

Henry Ferdinand Halloran, a wheeler dealer par excellence, built Avoca House and in the 1920s and 30s commenced subdivisions. The Second World war slowed down progress but in the late 1940s and 50s things picked up and little fibro houses started appearing in the area nearest the beach. Caravan parks grew up at both ends of the beach and a general store was established. Initially there were few permanent residents, but after a while the population began to grow.

In the 1950s all the old farms and orchards back from the beach were bought up and subdivided, again with no town planners. A legacy of awful roads with no footpaths and parks was the result.

In recent times North Avoca has been mainly made up of permanent residents apart from many of the expensive beach side properties. It has a small shopping centre, has a regular bus service and a very proud local community. 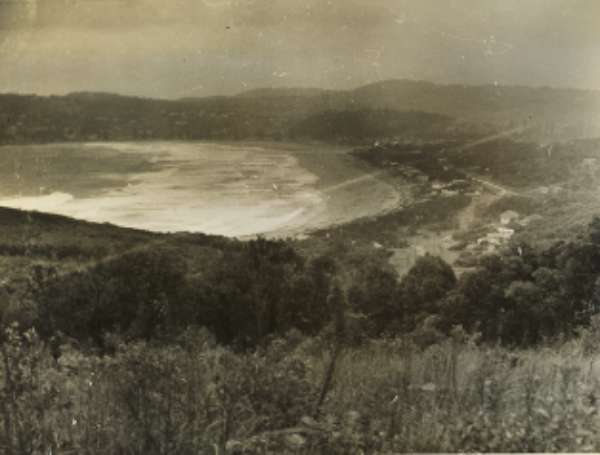 View looking back to South Avoca from North Avoca Headland. Circa 1950 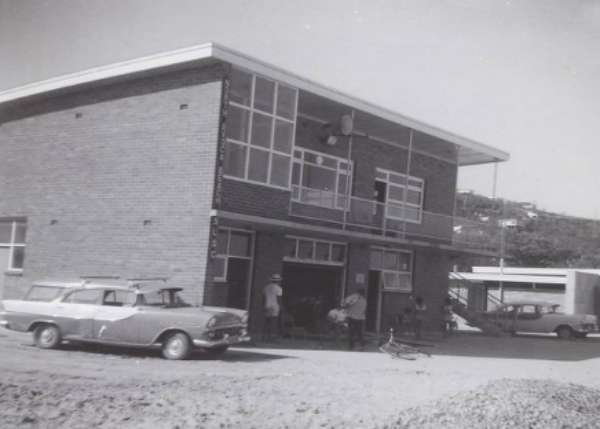 North Avoca Surf Life Saving Club was unofficially founded in 1952 in the garage of Don Davies from a desire to prevent any more tragic deaths as was experienced that same year when the two young men drowned during their after-lunch swim.

The two men got into trouble in rough waters and a third attempted to save them from drowning to no avail. Soon afterwards Joan and Don Davies left their garage for a walk and on seeing these troubled swimmers rushed to help. Applying resuscitation methods in use, “mouth to mouth” was not then practiced; Don endeavoured to revive one of them, without success.

‘The need for a Club was obvious.’

North Avoca’s Surf Life Saving Club was officially established in 1956 with Lance Dyer as its first President, Bill Shepherd as Secretary and Vivian Greer as Treasurer.

Balmain Leagues Club inspired the North Avoca Club’s black and gold colours after a donation was received from them. Our club now boasts over 500 members who still proudly wear the Black and Gold colours today.

The first Club House was an old wooden shed situated next to Ian Morrison’s garage.

The local council gave the club two vacant blocks where our club now stands and in 1963 work on the original clubhouse commenced. A contract price for 4850 pounds (approx. $9500) was awarded and the officially opened on 9th March 1966, it was valued at $25,000 at the time.

In 1964 the “Sand Crabs”- predecessors of today’s Nippers was formed. This was the first junior life saving group of its type on the Central Coast and we were the only Club from the Coast to compete in the First State Titles at Bulli Beach in 1966.

Numbers remained small over the next decade and the Club had its first surfboat donated by North Narrabeen SLSC. It was later used for a great bonfire on the beach when members couldn’t sink it! It was a little heavy needing about 20 to lift it!

The 70-80s saw an era of development and change within the club. Members from the Blacktown Swimming Club migrated each week to help with patrols…. Paul Johnson, Gordon Crabb and John Roderick were some of these travellers who eventually stayed on and are still here today, patrolling 50 years plus later.

In the early 80s with numbers still short a team from Mt Penang youths regularly mounted a patrol on NA beach on Saturdays led by Mick Kendall.

The Nipper program was reintroduced under Steve Veness’s guidance in 1990 and numbers in the Club began to grow.

In the 90s the old building was condemned and North Avoca was the first club to be rebuilt with a $50,000 grant from Council . The new Club was opened by Mayor Chris Holstein on 4th Dec 1999.

The Club has continued to prosper since the opening with numbers constantly growing . The Nippers section provides a great program and continues to be a nursery for patrolling members.

The local community has always been a wonderful supporter particularly financially, thus enabling the Club to provide great facilities and support for all its endeavours. 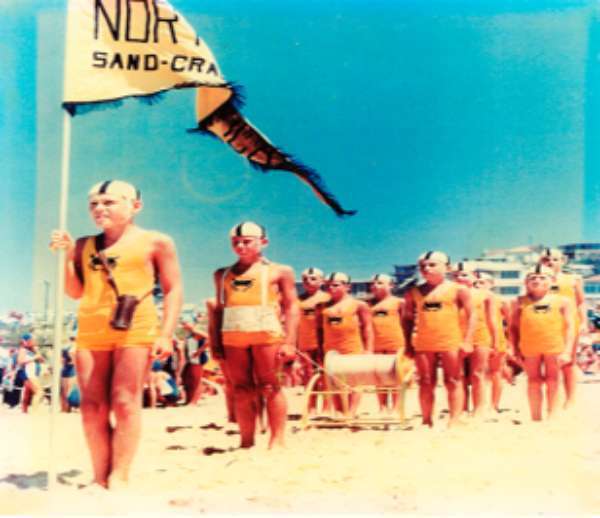 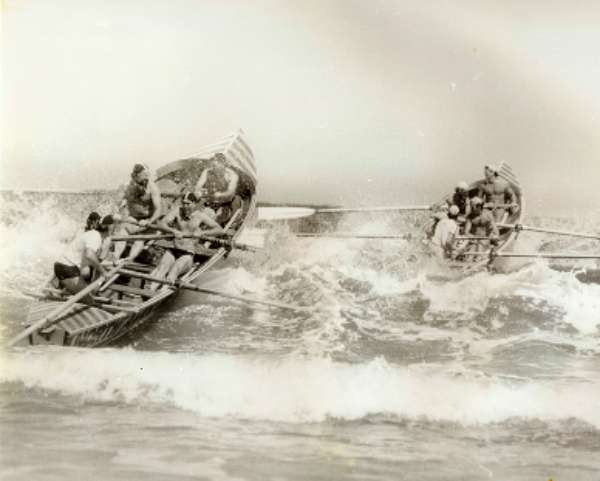